Go behind the scenes of KTM's epic short film with Motology's Adam Riemann and Paul Bolton during their exclusive ride on the new 2017 Adventure bikes from Austria!

MotoGeo heads to Seattle to ride the new Honda Africa Twin prepared by Touratech, and then Jamie heads north into Canada and then onto Alaska. 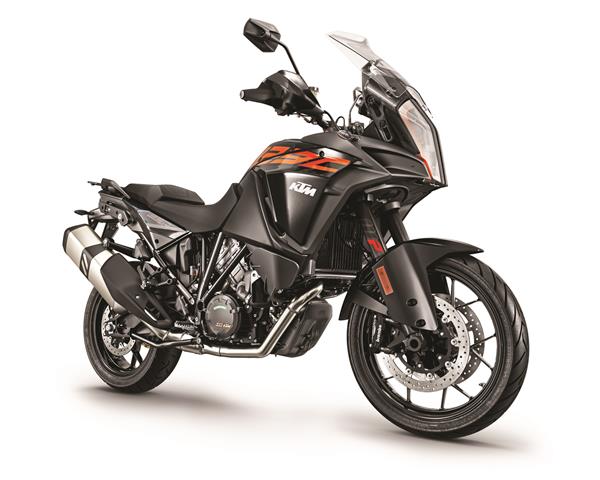 We are fascinated by the extraordinary, driven by relentless curiosity and always up for a two-wheeled adventure. In the dirt as well as on tarmac. Of course the MX bikes and Enduros remain a focal point of KTM’s product portfolio, but for many years now, KTM’s outstanding and ongoing business success has been tied to street bikes to a similar degree. The ADVENTURE Travel Enduros are our star players in that role. No less than four newly developed true Sportmotorcycles made in Austria storm into the limelight.

The smashing new Adventure model generation is here with the KTM 1090 and 1290 ADVENTURE R.

Sometimes it seems like Zack and Ari are looking for ways to hurt themselves. When they locked and loaded KTM’s 1190 Adventure R and Honda’s Africa Twin for a test, it made sense—then they added a KTM 450SX-F and a Honda CRF450R. Motocross bikes. There was a lot of head scratching going on around the office, and with the boss out of town, nobody asked what they were up to. When they returned (banged up and grinning like idiots) with this footage, we realized what they were so excited about.

From the Husqvarna press release:

Husqvarna Motorcycles are proud to unveil the new 701 SUPERMOTO and 701 ENDURO, fitted with the most powerful single cylinder engine ever developed by Husqvarna delivering an additional (4.5kW) 6 hp and 3.0 Nm of torque over the previous generation while also meeting strict EURO IV emission levels.

Always committed to innovative product development, Husqvarna have focused on introducing further advances in engine performance and reliability, while giving both new models a fresh look that remains true to the brand’s Swedish heritage.

Combining high-tech componentry to offer unparalleled performance, the new 701 SUPERMOTO and 701 ENDURO ensure Husqvarna riders shall have the perfect machinery to make the most out of any riding situation, ranging from daily commuting to adrenaline-filled on or offroad adventures.

New colors for the 2017 Yamaha Super Tenere and Tracer Click read more to check out all the new colors.